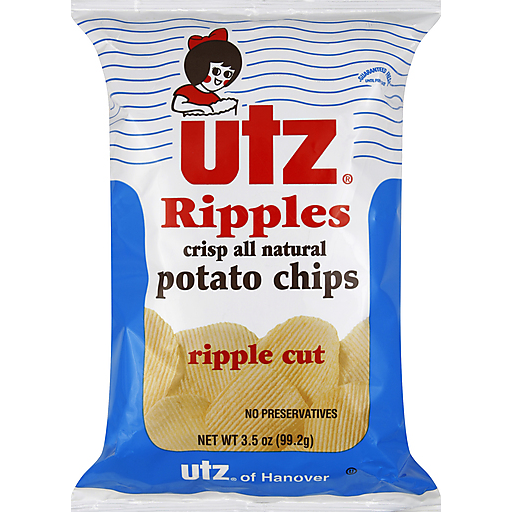 Crisp all natural. No preservatives. Ripple cut. In recent years, sodium has become a health issue for some consumers. Long before that, Bill and Salie UTZ believed that if a basic potato chip had a good flavor, a little salt would enhance that flavor while a lot of salt would destroy it. The almost 75-year old recipe you receive in this package is a time tested standard in the potato chip industry, which just happens to also have the lowest sodium level among all leading chip brands. We have never advertised that fact, but thought those who are concerned about sodium intake would want to know.